DeWalt has a diverse portfolio of corded and cordless power tools. From drills and drivers to sanders and saws, the company offers a range of tools to get the job done quickly and efficiently.

The tagline “Guaranteed Tough” is not a gimmick. The company sends representatives to job sites to monitor workers using their tools. They also encourage feedback. This allows them to design products that increase performance and productivity. Moreover, DeWalt assembles them in the USA.

DeWalt, a leading manufacturer of power tools, has been in business since the 1920s. Its founder, Raymond E. DeWalt, started making tools at a young age. He worked several mill and construction jobs and later became the head of a woodworking mill. With constant pressure from his bosses to increase output, DeWalt assembled an apparatus using a wooden beam, a saw, and a motor. The device, known as the first radial arm saw, could lift, lower, move from side to side, and tilt to any angle. Because the machine accomplished the work of four men, production increased dramatically.

In 1922, DeWalt became the superintendent of Seabrook Farms. While there, he fine-tuned the radial arm saw, increasing its versatility. Ultimately, this machine revolutionized the woodworking industry.

In 1924, Raymond formed the DeWalt Product company. For marketing purposes, he named his invention the DeWalt Wonder-Worker. To meet the demands for the product, the company moved from Leola, PA to Lancaster, PA in 1929.

During World War II, DeWalt shifted production to meet the needs of the U.S. government. DeWalt built tools to fulfill the nation’s defense and wartime machinery requirements. DeWalt machines handled all the cutting tasks on 30 million feet of lumber for housing and other construction.

The American Machine & Foundry Company bought DeWalt a couple of years after the war ended and started producing smaller saws for home use. In 1953, DeWalt expanded its operations to Canada. To meet customer demand, DeWalt added 40,000 square feet to its Lancaster plant in 1955. Five years later, Black+Decker acquired DeWalt. The founder, Raymond E. DeWalt, died a year later, on May 8, 1961, at 76 years of age.

In 1964, the miter saw was invented. Experts deemed it safer and more effective than the radial arm saw, whose sales dropped. Consequently, the company stopped manufacturing the device in 1989. Since DeWalt maintained a stellar reputation, Black+Decker used this opportunity to rebrand itself and started selling its high-end power tools under the DeWalt name. By 1992, the DeWalt brand (under the Black+Decker umbrella) introduced a range of electric power tools. Two years later, DeWalt launched a line of cordless tools. Products included cordless saws, drills, and screwdrivers. By 2001, DeWalt had over 200 electric power tools and 800 accessories in its lineup.

Fast forward to 2016, when DeWalt introduced the industry’s first hybrid, high-powered battery pack. Dubbed the FLEXVOLT, this flexible battery system provides the power of a corded device. It meets the compatibility requirements for over 250 tools and automatically adjusts the voltage from 20V to 60V to adapt to the end user’s device. In 2017, DeWalt won the Power Tool Innovation Award for the Breakaway Reciprocating saw blades. This inventive design makes it easy for users to discard used blades and insert new ones. By 2018, DeWalt launched the brand’s first cordless lawnmower. And in 2021, DeWalt received 26 Power Tool Innovation Awards across multiple categories, such as technological advancements and job site safety.

In 1970, Black+Decker began manufacturing DeWalt tools under its Lancaster Machine Division. In 1989, the company pivoted to concentrate on handheld power tools and sold the building and the design rights to the radial arm machine. However, Black+Decker refused to give up the DeWalt name, which carries a lot of weight. Contractors had come to know DeWalt tools for their dependability and durability. Currently, Black+Decker manufactures its premium products under the DeWalt brand. To this day, DeWalt continues to be one of the most sought-after brands for power tools. Stanley Tools acquired Black+Decker and DeWalt in 2009.

Parts come from around the globe to one of DeWalt’s seven manufacturing plants. Its 350-square foot plant in Fort Mills, SC receives over 500,000 components per day. This facility combines the swiftness of technologically advanced machines and the expertise of 650 employees to assemble 32 different tools. The Fort Mills plant produces over 100 units each week.

Before the products reach the packaging stage, they are tested and hand-cleaned. Not only are the tools individually tested for correct assembly, but DeWalt also tests a percentage of the products to make sure they can do what the manufacturer claims. In the packaging area, cobots (collaborative robots) with names like Jodi, Yoshi, Super Mario, and The Claw stack the packaged products on pallets and haul them to the shipping area.

For marketing purposes, the DeWalt brand chose yellow and black. Yellow is associated with safety. Not only that, it stands out boldly on store displays. Black conveys power and strength.

DeWalt performs trade-specific testing to allow contractors to experiment with the tools. Then, the company takes feedback from end users and works to find solutions to any problems that need to be addressed.

DeWalt hosts trade-specific testing to allow contractors to test their tools. The company takes feedback from the end users and works to find solutions for any issues. From its headquarters in Towson, MD, DeWalt oversees the work of 13,000 employees. Besides the plant in South Carolina, DeWalt maintains factories in North Carolina and Tennessee. The company also has plants in Indiana, Maryland, Kentucky, and Connecticut. Currently, DeWalt produces over 90 million SKUs per year.

You can count on DeWalt to stand behind its products. DeWalt offers three levels of warranties on their products: refund, repair, and limited lifetime. You can return most tools within 90 days for a refund with no questions asked. Most protective gear and accessories have a 30-day return policy. DeWalt will repair most tools for one year at no charge. Depending on the tool purchased, DeWalt offers a three-year, seven-year, or lifetime limited warranty.

For example, DeWalt chainsaws come with a three-year limited warranty. If there are any defects caused by workmanship or faulty materials, the company will repair the chainsaw without charge. Besides this warranty, DeWalt will replace worn parts for up to a year from the date of purchase. There’s also a 90-day money-back performance guarantee. If you’re not satisfied with your chainsaw’s performance, you can return it to DeWalt for a full refund. Most pneumatic tools have a seven-year warranty, a one-year service agreement, and a 90-day money-back guarantee. The company also offers a generous lifetime warranty on mechanics’ tools. With this warranty, you don’t even have to produce proof of purchase. You can simply start a repair claim online or take the product to the nearest DeWalt factory-owned service center or authorized repair shop:

Use theService Net parts page to find parts for your DeWalt chainsaw. You can also view diagrams and parts for your chainsaw on the DeWalt Service Net page. If you prefer, you can look for parts at your local authorized dealer. Just enter your city, state, and ZIP code in the service center locator to find a location near you.

Study the DeWalt product reviews on this website. We provide details about DeWalt top handle chainsaws. Besides features like a lightweight design and the durability of the bar and chain, we delve into the specs to help you decide which model is best for you.

Browse through some of the most highly rated DeWalt chainsaws. Among the options, you can find a model that operates with a 20V brushless cordless chainsaw motor, has reliable bar retention, and delivers a peak horsepower of 4 HP.

Stay up to date. Learn about DeWalt’s latest product innovations, and get helpful information for consumers in a comprehensive FAQs section. You can find DeWalt news and press releases and lots more here.

Header should link to the Recall page for this brand. [Delete this paragraph block after link creation]

Include a sentence or two mentioning the recalls. Include Hub Cards of keystone content. Add recalls. [Copy over this paragraph block with content]

Many retailers sell DeWalt chainsaws. Check out these major online retailers to find a model that suits your needs.

To expand your options, we’ve researched similar brands. Just click the links below to compare DeWalt chainsaw electric and brushless cordless models to other manufacturers.

Visit the DeWalt website https://www.dewalt.com/ for detailed information on products and warranties. You can also sign up for emails to get new product information. Scroll to the bottom of the homepage, and enter your name and email address. DeWalt also maintains an online presence on most social media channels.

DeWalt tries to have staff available to answer inquiries 24 hours a day. If you need to reach out to the company, you can click on the chat icon on the website or email Customer Support.

To contact DeWalt’s Customer Support by phone, call between 8 a.m. and 5 p.m., Monday through Friday.

DeWalt offers a range of tools that deliver maximum efficiency. You’ll find some of the best chainsaw options from this brand, and we have the DeWalt power tool roundups and reviews to help you decide. No matter which product you choose, you can be sure that it can handle the job. In short, you can always count on DeWalt tools for durability and performance. 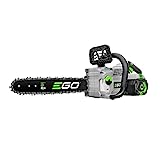 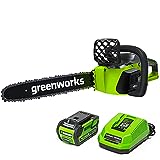 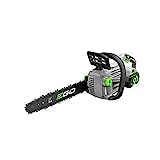 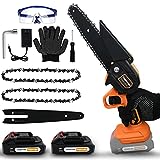 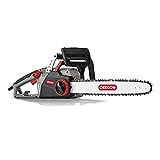 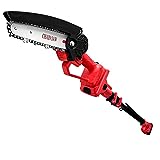 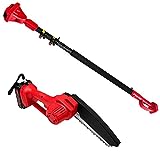 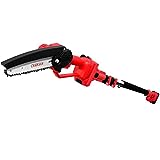 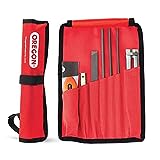